WE CARE ABOUT FRESHNESS, WE DON'T STOCK YOUR ORDER
products arrives from pastry laboratory directly to your home!
Winter specials
Panettone and Pandoro 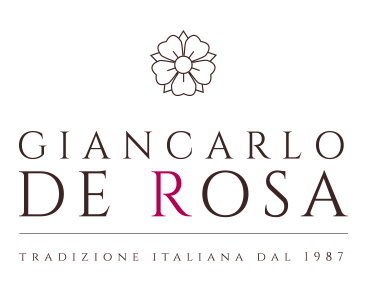 Giancarlo De Rosa is a master baker with thirty years of experience in the field of White Art.

Inspired by the genuine flavors and fragrances with which his grandmother woke him up every morning, Giancarlo De Rosa began his journey at the age of 13 in various laboratories, first as a baker and then as a pastry chef.

A few years later he decided to integrate the study of natural yeast until he arrived to the great leavened products, such as Panettone; the meeting with Maestros Zoia and Massari marked the turning point, within his career, towards the world of leavened products.

The emblem of Giancarlo De Rosa's creations is leavening: a real science that Maestro De Rosa has studied for years, until he assimilated it and made it a discipline in its own right.

The result is a balanced, calibrated and aromatic product, also thanks to the use of flours coming from wheat cultivated directly by the Maestro on his family's land, in the area between Ninfa Gardens and Circeo National Park, in the province of Latina.

With his Levitus Italia, founded in 2010, he trains qualified personnel in the field of White Art: the company collaborates, in fact, with professional training schools and companies of the sector, both in Italy and in the world.

Shipping charges are calculated based on the gross weight of the items (sum of net weight, packaging and shipping packaging).
Total shipping costs, including packaging and transport, for the items in your cart are indicated in the order summary of each seller.
Prices are in EUR including VAT.
Information about products on website are provided and declared by Seller directly and Dolceitaliano.it is not responsible for it.

I am a new seller